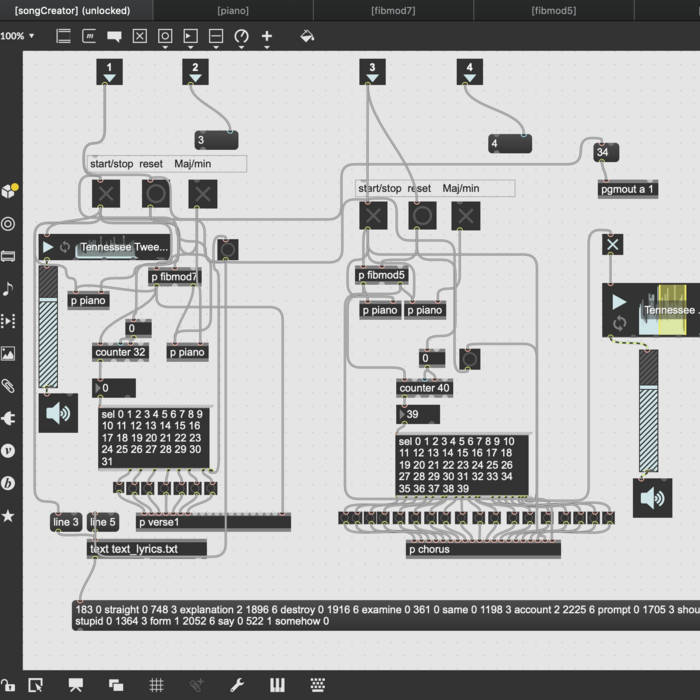 this is an example of a song that was produced by Song-generator.
Song-generator is the product of a senior computer science project at Evergreen State College.
The lyrics were created by a word generator authored by Kristen Casteleiro. songgenerator.music.blog/category/words/

About the whole word synthesizer:
The idea was very simple but enormous in the time it may take to build a 2000 plus word singing dictionary. The vocals were recorded in 4 second intervals and took a little under two hours to record. Splitting the file up into over 2000 sound files seemed like the biggest challenge. It turned out to be a really easy process. This was because the Daw(digital audio workstation) Logic Pro that was used to record each word, made it simple. Logic Pro allows the file to be cut into equal length files. The file length was set to 4 seconds each. Each file would automatically prepend with an ordered number. That number would then be associated with each word from the lyric generator. In the end this solution worked and is currently the model for the implementation of how Song Generator sings.